Mary Soon Lee was born and raised in London, but has lived in Pittsburgh for over twenty years. Her two latest books are from opposite ends of the poetry spectrum: Elemental Haiku, containing haiku for each element of the periodic table (Ten Speed Press, 2019) and The Sign of the Dragon, an epic fantasy with Chinese and Mongolian elements (JABberwocky Literary Agency, 2020).

My mother was Irish. My father was ethnically Chinese, grew up in Malaysia, and came to Dublin to attend medical college. Having met in Dublin, my parents later moved to London, where I was born and raised.

I went to Trinity Hall, Cambridge University where I gained degrees in mathematics and computer science–and met my husband, Andrew Moore. After two years working as a computer consultant, I went back to college, this time at Cranfield University, and gained an M.Sc. in astronautics and space engineering. In November 1990, I moved to Cambridge, Massachusetts, where I lived for three years before coming to Pittsburgh. My first book, Winter Shadows and Other Tales, was published in 2001, and a second book, Ebb Tides and Other Tales, was published in 2002. 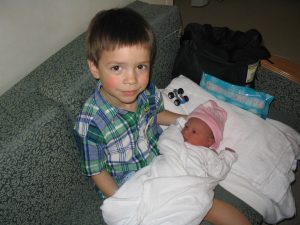 In 2013, after a long hiatus from science fiction and fantasy, I began writing an epic fantasy about King Xau, chosen by a dragon to be ruler. An ebook edition of the whole of Xau’s story — over 300 poems! — was published in April 2020: The Sign of the Dragon.

I’ve also been writing science poetry, and my book Elemental Haiku, containing 119 haiku for the elements of the periodic table, was published by Ten Speed Press in October 2019.

I was interviewed about The Sign of the Dragon by Andrea Blythe for the New Books in Poetry podcast. You can find the episode here.

I had a poem accepted by Star*Line, my 66th poem to find a home there 🙂

I’m very happy to report that I just signed a story contract from Daily Science Fiction, my 14th acceptance from them 🙂

Click here to learn more about Mailbox Blues and its history.